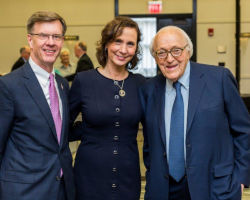 The Alcohol & Addictions Resource Center celebrated its 57th anniversary with an awards luncheon held at the Hilton Garden Inn on October 30, 2019. Approximately 155 people attended the luncheon.

The Robert J. Firth Award was presented to the Junior League of South Bend in recognition for their role in bringing the Alcoholism Council to life in 1962. The award is named in honor of the late Bob Firth, who was an active volunteer at AARC as a Board Member and served a four year term as Board President. The award was presented by Bob’s son, John.

The Joseph E. Hickey award was given to Indiana Carton Company for its long standing commitment to AARC and the community. The award is named in honor of the late Joe Hickey. Joe was an active member of AARC’s Board of Directors and played a key role in AARC’s offering specialized services to business and industry by the Michiana Employee Assistance Program.

The Michiana Employee Assistance Program, a program of AARC, was highlighted at the luncheon as having their 45th anniversary. MEAP was the first employee assistance program in St. Joseph County, having begun in 1974 and is still assisting employees with personal or work-related concerns. 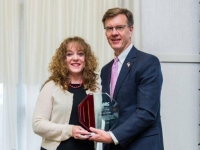 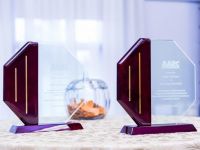 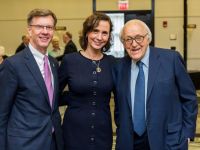 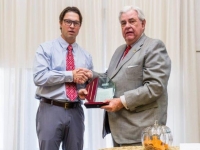